"I don't really consider myself a Superstar. I live in a small town, and I always will because I can walk around and be me. 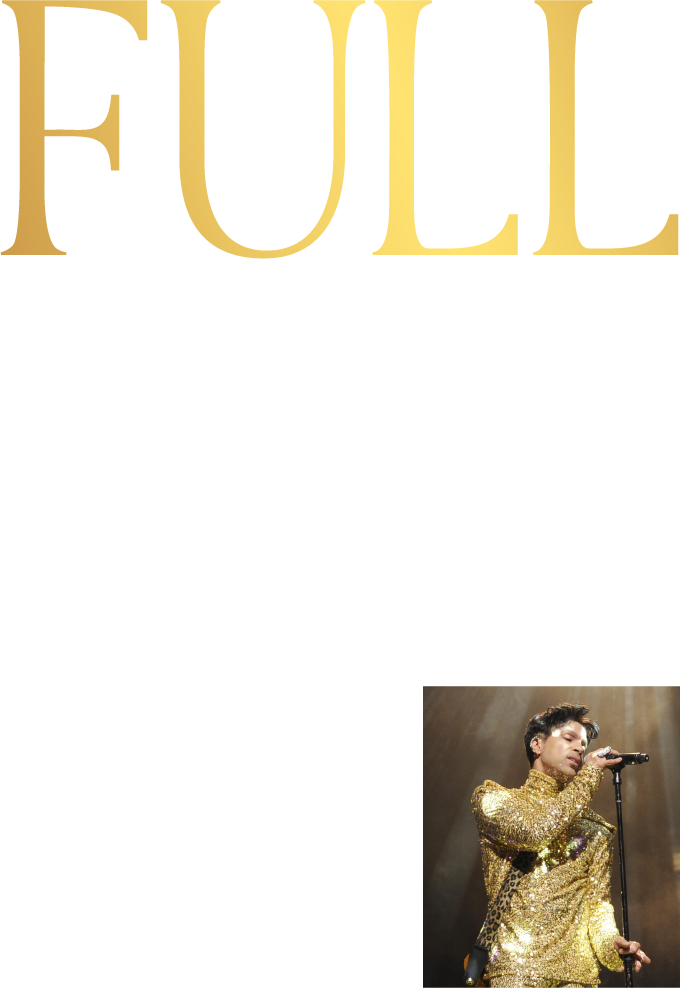 "DO YOU THINK MINNEAPOLIS WILL EVER BLEED PURPLE?"

I would often ask myself this question as I looked around the city and saw landmarks and monuments dedicated to individuals who I felt had given much less to Minneapolis. Why was our most iconic resident not treated with the level of admiration anyone else in his larger-than-life shoes would receive in their hometown?

So in 2015, I decided that it was time to get something done for Prince. I wanted to show gratitude for the doors he generously opened for me and everyone around him. I contacted one of his best friends, Kirk Johnson, and started the conversation about what we could do to honor Prince properly.

Prince was still with us at the time, and we were hoping to show him what he meant to the city of Minneapolis in a meaningful, undeniable way. For a time in my life, I had worked side-by-side with Prince helping execute whatever he needed, so I felt confident that with the help of his family, inner circle, and city officials I could take this project on and be successful.

One thing i knew for certain: prince did not want a statue

To give you a better sense of how long ago this process began, Betsy Hodges was in her second year as Mayor of Minneapolis. She and I had numerous meetings trying to figure out what we could actually do that would make sense, something BIG. We brainstormed various projects around the city but could never seem to get any of them working.
‍
After Betsy’s transition out of office, I continued my work to identify the proper way to celebrate Prince, understanding how important the task at hand was. I reached out to Joan Vorderbruggen, the Director of Hennepin Theatre Trust, who oversaw the creation of six murals in Downtown Minneapolis, including the iconic Bob Dylan Mural by internationally renowned street artist Eduardo Kobra. Joan jumped at the idea of a new mural focused on Prince and the opportunity to help coordinate the project. I mean, who wouldn’t want to be associated with FINALLY Crowning Our Prince?
‍
So, Joan and I laid the groundwork for creating a marquee event centered around the unveiling of a Prince Mural. But this would not be just any mural. We would create something that had never been done before to reflect Prince’s reputation for innovation. We would include technology, youth, music, and artists worldwide to throw the biggest unveiling Minneapolis, MN had ever seen.

We formed the Prince Mural Project core group and started knocking on doors. But for reasons unknown, the urgency behind the project just wasn’t there. Calls weren’t returned. Meetings weren’t set. And time quickly ticked away.
‍
Then April 21, 2016 happened. The news that rocked the world came out. Our beloved Prince was taken from us much too early. Our hearts were broken knowing that we didn’t get the chance to give Prince his moment in Minneapolis during his lifetime. Minneapolis never bled purple. We never had a chance to show Prince how his hometown really felt about him.
‍
Prince’s passing shattered our hearts but also infused us with a sense of urgency. His family and inner circle, who’d already been part of the process, supported me in pushing Minneapolis even harder for a way to thank Prince for all he has done.
‍
I asked Tyka Nelson (Prince’s sister) and President Nelson (Prince’s nephew) to assist me in visiting a possible location for the Prince Mural. With the help of Joan, Hennepin Theatre Trust and Artspace, we secured what we thought would be the perfect spot: the Cowles Theater Stage House.

Fast forward to 2019 when I testified in the Minnesota State House of Representatives to ask the State of Minnesota to claim the legacy of Prince as our own by contributing $250,000 toward the Crown Our Prince project. Everything looked great as everyone took a moment to praise Prince’s contributions. It seemed as though completing the project would be a no-brainer.

But then things hit a snag, like they often do, when the legislature failed to fund the project, and lobbyists got in the way with their own agendas. We lost our support. We lost our momentum. And, we lost our location when we weren’t able to secure a guarantee that nothing would be built to obstruct the view of the mural. Madness!

Why was this process taking so long? We knew there must be a reason, but we still couldn’t understand why.

This is when we approached the MN Department of Transportation and the City of Minneapolis and gave our pitch. They stepped in and offered a more permanent home for the Prince Mural, one that would be seen by millions of people each year and could never be obstructed, Ramp A in Downtown Minneapolis.

Ramp A faces First Avenue at Eighth Street and is the perfect location. With his mural here, in this prime location, Prince will always be remembered.

Now that we had the location secured, we had one major hurdle left. We needed to find the resources to help us claim Prince’s legacy. We needed sponsors. But, this also proved to be difficult.
‍
Then George Floyd was murdered. In OUR city. For everyone to see.
‍
Minneapolis was torn apart when the veil of hidden racism was finally lifted. Streets burned, citizens cried, and trust eroded. And Minneapolis is still hurting today. Many people are scared to return to the Downtown Core.
‍

MORE ABOUT THE LIVE SESSION

In my time working with Prince, he instilled in me to always take care of the fans and give the people what they want. He was all about making sure that people were taken care of and that their experience was unforgettable…in a good way.
‍
With the turmoil going on in Minneapolis, I had an epiphany. Maybe Prince had been guiding this whole thing from the beginning. Just as he paid attention to every detail when creating music, it seemed like he was helping us apply the same level of excellence to this project. Maybe the power of his spirit had been guiding us the entire time. This had to be the reason why we’d hit so many roadblocks, so that Prince could be part of uniting us all.
‍
With the full support of the Prince estate, Prince’s family members, and Paisley Park, there was no way that we could fail now that the timing aligned. The mural project was going to work this time, I was sure of it. Soon the Minneapolis Downtown Council signed on to help manage, and U.S. Bank joined, leading the way in corporate sponsorships with their six-figure donation. They were quickly followed by the Minnesota Twins and Target.
‍
We still have some financial ground to cover, but I can honestly say that we will absolutely have the chance to Crown Our Prince—to celebrate Prince’s life’s accomplishments and give true Minneapolis royalty his long-awaited due—by painting a larger-than-life mural that will make Prince the Gateway to Minneapolis. By making him our gateway to the Downtown Core, we’re sending a strong message to people all around the nation that our great city is healing and on the mend.

Prince is an icon. Everyone adores him. And for many Minnesotans, he’s the reason why we’re here in the first place. All of the heartaches and roadblocks happened to allow Prince the opportunity to help bring all of us back together and help the healing process in our biggest time of need. Who better to help reinvent Minneapolis than the master of reinvention himself?

The Prince Mural is truly a rare, unifying project that will be beloved by all.
‍
Thank you to all who weaved in and out of the project over the years trying to help us get this across the finish line. We still need you…and others.

Thank you for giving me a bit of your “extra time” to read our story.

If you'd like to help Crown Our Prince, let us know!

HELP US
CROWN OUR PRINCE

HomeHow We Got HereHiero VeigaContactPhoto Credits
Copyright © 2022.
It's time to Crown our Prince